Edit
"Some folks will tell you that the Taurock is a big bull (or bear) of a creature what’s covered its hide with rocks. Others’ll say it’s a pile of rocks that’ve learned to run about. Hardly matters which is the truth, does it? The fact is the ole four-legger is tough as a rock and strong as a bear (or bull). Just try getting in one’s way if you want to see what I mean." – The Manual, The Book of James

The creature is obtained along with Soul Mole and in campaign is received in James' third mission.

Taurock's name is derived from the words "taurus-", Latin for bull, and "-rock", amply describing its characteristics.

Taurocks are a bovine species. Like most of James' Yeomen, the source of their creation is the earth, in particular rocks.

Most of Taurock's taunts comprise of unintelligible groans and moans.

Passive Abilities: As it takes damage, its defences increase. Therefore the more damage it takes, the harder it is to kill.

Taurocks sure are hardy. Like all James' creatures, they're slow, but amazing. The best strategy is to sit and let your Flummoxes or other artillery destroy everything while your Taurocks keep any opponents from getting near. This way they don't have to move a lot. They tear everything apart and they rarely die.

Because of its passive ability to increase its defences combined with its slow movement speed, it is a good creature to Guardian to a Manalith or Shrine. 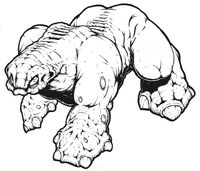 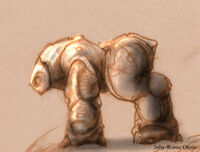 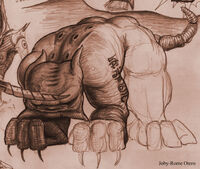 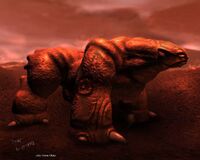 Rendered model of a Taurock 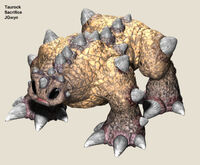 Rendered model of a Taurock
Community content is available under CC-BY-SA unless otherwise noted.
Advertisement