"If you want to help me out, you’d best learn a thing or two about geomancy. That’s a fancy name for earth-type magic, which is just my kind of thing. As you learn more about it, it’ll prolly be just your kind of thing too." – The Manual, The Book of James

Geomancy is an overall name for all of James' spells. Its practitioners are called Geomancers.

In the campaign there are several known Geomancers:

The list of spells is composed of three types of spells: the spells used to summon the Yeomen, the actual wizard spells granted by James and the spells that every god's wizard needs to have to function. 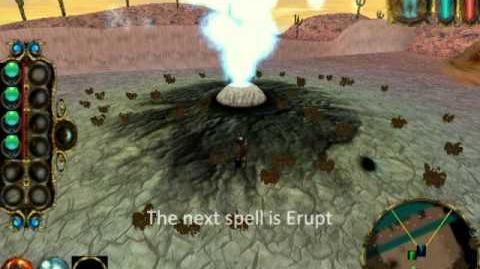