"Many are the names which one might properly apply to the disciplines that are studied by my wizards: theurgy, thaumaturgy, sophistry, and so on, ad infinitum, but the preferred term is Elementalism. True, it does not include any of that crude firestarting or rock-tossing that some arcane (or should I say "inane") scholars associate with the Elements, but let us leave that to the lesser wizards (and lesser gods). Mastery over air and frost and storms is far superior." – The Manual, The Book of Stratos

Elementalism is an overall name for all of Stratos' spells. Its practitioners are called Elementalists.

In the campaign there are several known Elementalists:

The list of spells is composed of three types of spells: the spells used to summon the Servants, the actual wizard spells granted by Stratos and the spells that every god's wizard needs to have to function. 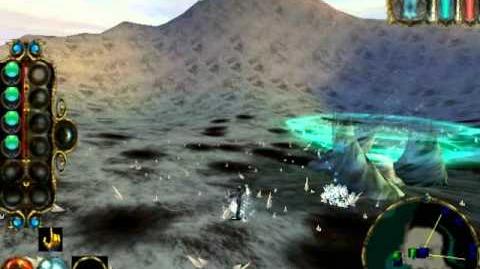