An altar is a structure and a key element during Sacrifice gameplay.

An altar is a structure acting as a link between gods and the wizards that serve them. Through this link wizards are kept alive even if killed. If a wizard possessing an altar dies, he enters a spiritual form and only has to regenerate his magical energy to come back to life. An altar can be destroyed only in the act of Desecration, it is completly immune to any other forms of attack.

It is also used as souls source. An altar is a place where conversion rituals take place.

There are two variants of an altar, a standard one which is also the most common, and an ultimate altar which  is an altar of a god. It can be only found in the god's capital. If the ultimate altar is desecrated, a god no longer retains the right to be worshiped and may return only after a considerable time has passed and most likely in a different form.

There is also a structure called a Shrine which acts similarly as altars. Its an alternative place where conversion rituals can take place, but it doesn't make the owner invincible. It can also be destroyed in a "normal" way.

An altar looks differently in every realm. Standard altars: 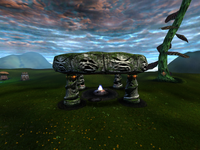 An altar in Persephone's realm 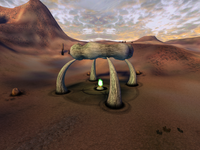 An altar in James' Realm 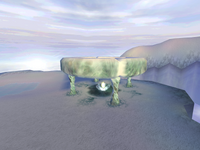 An altar in Stratos' Realm 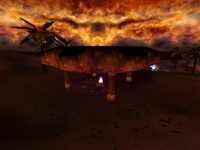 An altar in Pyro's realm 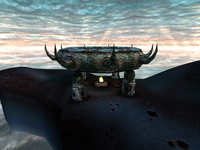 An altar in Charnel's realm
Community content is available under CC-BY-SA unless otherwise noted.
Advertisement