"As the story goes, Acheron isn't cruel, he just has no heart. Charnel found him in some primal hell for creatures with no souls." – Zyzyx, first time Acheron is encountered

Acheron is a necromancer and Charnel's current champion. He is a skilled, ambitious and ruthless wizard, skilled in the art of necromancy, that both literally and metaphorically has no soul.

From One Hell to Another[]

How and why Acheron got to be in a hell for soulless beings remain unspecified, but what is certain that Charnel found him there and took him under his wing, to train as a necromancer. In his long and prosperous service to Charnel, Acheron earned the favor of his master and when the time was right, usurped Charnel's champion Ragman.

Despite being Charnel's champion, his actions prior to and shortly after the beginning of the war with Persephone and Stratos, are of very little importance, such as his attack on an armed convoy escorting Lord Surtur back to his bastion or an attack on the newly adopted home of one of Persephone's wizards.

Acheron's role in the campaign depends on the god the player makes Eldred serve. He is constantly used in numerous missions for Charnel's cause, ranging from defending Charnel's vital places of interest to destroying other gods. If the player played with Stratos long enough for him to betray Persephone and destroy her, Eldred would hear that Charnel had similarly betrayed his ally Pyro, by sending Acheron to raze Helios to the ground.

If the player served Persephone, Eldred would battle Acheron in Golgotha where Acheron has successfully managed to summon a demon lord to existence. After that, Eldred would face Acheron again in Stygia's capital of Dys. Similarly, if the player finished the campaign with either James or Stratos, a confrontation with Acheron in Dys would be inevitable.

If the player sided with Pyro, he would again meet Acheron, but this time in Stratos' home of Thryhring defending the Lord of the Heavens, after Charnel and Stratos sided together against the overwhelming expansion of Pyro's forces.

If the player joined Acheron's patron god Charnel, Acheron would slowly, but steadily be sidelined by Eldred and used only for tasks of secondary value, such as attacking Pyroborea and distracting Pyro's Proles, while Eldred attacked Pyro's capital of Helios, to destroy Pyro. Acheron would eventually begin to plot to have Eldred assassinated.

Fate of the Soulless One[]

Not many of the possible scenarios go to Acheron's favor. If the player finished the campaign with any god other than Charnel, Acheron would without a doubt be killed (his death always witnessed firsthand) by either Eldred or if playing with Pyro by Marduk when he severed Acheron's link to Charnel by slaying Charnel himself.

If the game was finished with Charnel and after defeating Marduk, Eldred had accepted Charnel's offer to be his champion, Acheron would have been tortured and probably killed. If the offer was declined, Acheron would remain the champion of the only god left in the world of Sacrifice.

Acheron received his name from a river in the underworld of Greek mythology.

His color in every mission is always purple, representing his patron god, Charnel. 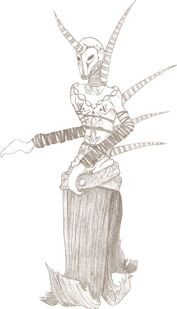 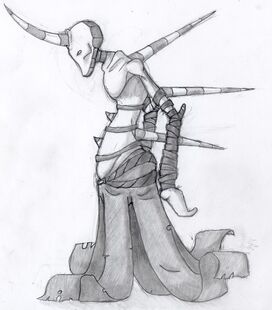 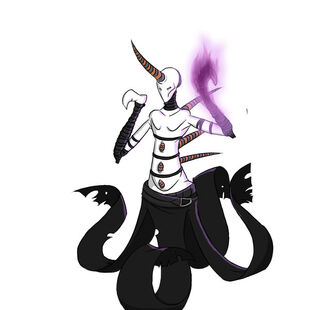 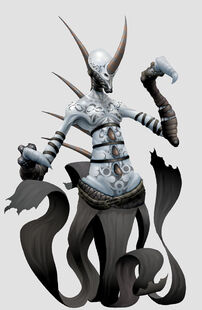